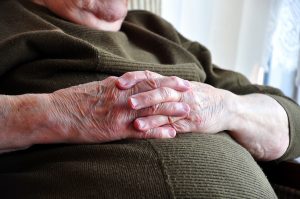 Studies have shown that socioeconomic status (SES) is one of the strongest predictors of body weight. Those whose families were economically disadvantaged in childhood (they had low SES) tend to be heavier in early adulthood and midlife. Given the role of body weight in promoting chronic disease, this study looked at whether these inequalities continue into older age.

Socioeconomic status (SES) is a measure of social status based on a person’s wealth and access to resources. In this MIDUS study, SES during childhood was measured by:

Researchers also looked at whether improving one’s economic status in midlife could reduce the association with being overweight. SES in midlife was measured by:

SES and body mass index (BMI, calculated using participants’ reported height and weight) were measured during three waves of the MIDUS study, covering almost twenty years. Given that disadvantaged people are more likely to drop out of long-term studies, researchers used different statistical approaches to analyze the missing data from those who dropped out to assess possible bias in the results.

Why would economic disadvantage in childhood affect BMI in old age?

According to the critical period model, exposure to adverse conditions during important times of growth, such as childhood, can change how the body functions, thereby producing lifelong consequences for health. The cumulative inequality theory further suggests that facing inequality early in life creates a disadvantage that can  lead to further experiences of inequality rather than improvement. This proliferation of disadvantage suggests that body weight disparities between low income and high income adults will widen as they get older.

Overall, results from the different analytical approaches supported the cumulative inequality theory, particularly for women. Those from disadvantaged families had higher midlife BMI than those from privileged families and experienced a faster increase in BMI between midlife and old age. This was true even after midlife SES levels were taken into account. After controlling for other factors, at the 3rd wave:

These BMI disparities thus appeared stronger for women. Among those from low-SES backgrounds, the average female had a lower BMI at the 1st wave than the average male, but showed higher BMIs at the 3rd wave. Given that women, on average, are shorter than men, each additional pound can affect BMI more, increasing its health-compromising effects.

Overall, results suggest that policies that reduce childhood economic disadvantage may be important in supporting healthy weight profiles throughout the life course. Given that unhealthy body weight promotes chronic disease, especially in old age, it is important to identify how those from disadvantaged families can better maintain healthy weight as they age.

Read the full article at: http://www.midus.wisc.edu/findings/pdfs/1980.pdf