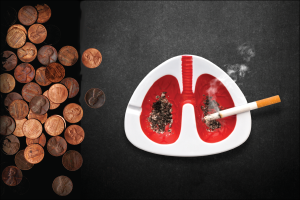 Socioeconomic status (SES) is a measure of social status based on one’s level of poverty or wealth. SES has been associated with mortality in many studies. This MIDUS study looked at whether the different ways SES is measured matters when predicting mortality. Many studies have used measurements of annual income, status of one’s occupation, or one’s highest level of education, to determine SES. This study looked at how SES is related to wealth, a measure of net worth.

Wealth is calculated by:

Those with no wealth have debts that are greater than their assets.

Few studies have looked at the association of wealth with mortality over the life course. However, the importance of how SES is measured may vary by life stage:

This study included 6320 respondents from MIDUS 1, aged 25-74, who answered survey questions about their wealth in 1995-1996. One thousand of them had passed away by 2013. Results showed that mortality rates did generally decline as wealth increased, but not at a steady rate:

These results included adjustments for other factors that may affect wealth and/or mortality. This included severe illness, which can destroy savings. In this study, analysis showed:

Additionally, wealth is not randomly distributed. For example, marriage tends to increase wealth if both partners are working:

After adjusting for all factors, there was still a notable difference in wealth disparity in mortality after age 65. However, while accounting for 57 economic, behavioral, social, and psychological factors, researchers found that smoking history had the strongest association with mortality. It was more significant than any SES measure:

This suggests that even if we have limited opportunities to increase our wealth, we may significantly increase our chances of living longer by stopping smoking or by never starting.

Read the full article at: http://www.midus.wisc.edu/findings/pdfs/2488.pdf