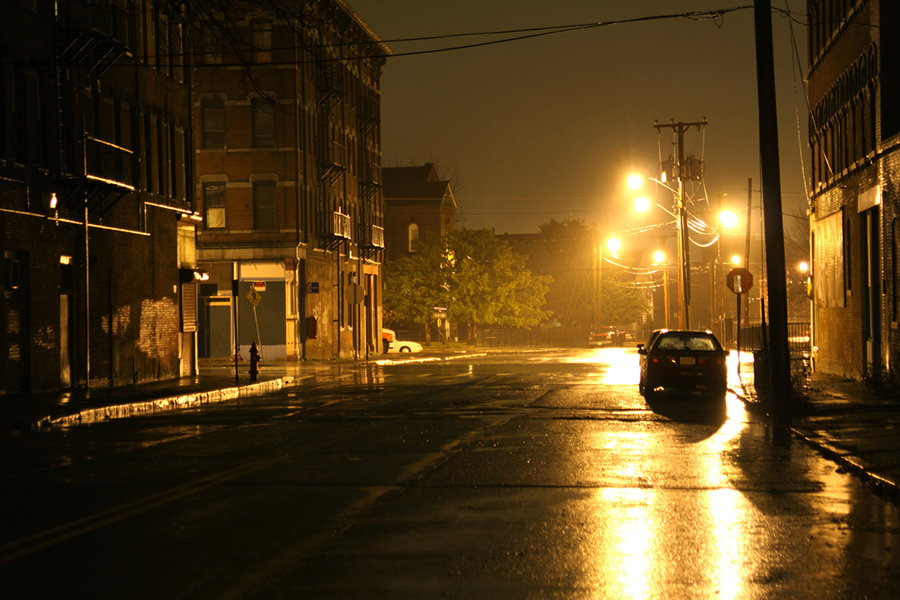 Previous research has shown that people living in low-income neighborhoods are exposed to more stressors, such as crime, vandalism, pollution, and noise, which can be objectively measured, and have been linked to poor health. This MIDUS article looked at a more subjective assessment of neighborhood quality, asking whether people felt safe where they live, and examined how their responses related to health and well-being.

Researchers hypothesized that people living in unsafe neighborhoods would experience more stressful situations in their daily lives, and that they would respond to these stressors by having more negative emotions and more physical symptoms. To measure this, participants rated how safe they felt being out alone in their neighborhoods during the daytime and at night. Then, over the course of 8 days, they indicated how many daily stressors they experienced, such as arguments, problems at work, or discrimination. They also reported how often they experienced 14 negative emotions (feeling restless, nervous, worthless) and if they had any of 28 physical symptoms (headache, nausea, fatigue).

These results remained significant even when taking into account other important factors, such as other major stressors (childhood maltreatment, unemployment, divorce), individuals’ level of education, and neighborhood income levels.

How do neighborhood safety concerns affect emotional and physical health? Researchers theorize that throughout life people build up a reserve of resources (supportive friends, good health) that allow them to deal with difficult circumstances when they occur. People living in unsafe neighborhoods may be exposed to situations that limit their ability to build up this reserve. For example, if they are afraid to go outside, they may not forge supportive ties with their neighbors or be able to get sufficient exercise to stay healthy.

Read the full article at: http://www.midus.wisc.edu/findings/pdfs/2428.pdf